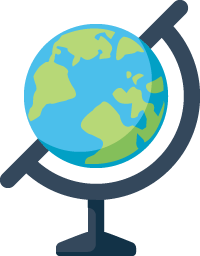 As a network of networks, which share an open architecture and could be accessible by anyone, the Internet represents a break from the normative rules of physical society.  The Internet of the 1980’s and 1990’s was often devoid of government interference, creating a type of anarchy where user’s themselves were left with the task of regulating one another.  The traditional methods and mechanisms of regulation which govern normative spaces, are often not compatible in the cyber realm. In real space, these challenges are overcome by “laws and regulations, through constitutions, statutes, and other legal codes” (Lessig, 5).  However, in cyber space, the states ability to govern is severely restricted.  As “cyberspace was originally architected, there was no simple way to know who someone was, where he was, or what he was doing” (Lessig, 53).  However, identification is crucial to enforcing regulations.  If the state cannot establish the who, what, where (especially in the context of jurisdiction) and when, then it is powerless in terms of regulation.

These challenges are exemplified in a 1995 court case in Germany involving a U.S. based internet service provider, CompuServe. In the landmark 1995 case, “CompuServe was hosting inappropriate content on its servers, which could be accessed by citizens of Bavaria, where that material is heavily regulated.” (Lessig, 53).  With the German courts supporting the Bavarian government’s order for CompuServe to remove inappropriate content accessible to their residents, the company was faced with a challenge. In the real space, identification can easily be achieved through observation or requesting a physical ID such as a driver’s license, however this is not available online.  To ensure that the inappropriate content was available to users in nations where it was not restricted, “CompuServe had to devise technology, which utilized internet protocol numbers, to reckon who a user was, what they were doing, and where they were doing it” (Lessig, 54).  TCP/IP technology represents the most effective method of identifying and regulating users.   With TCP/IP, “If the user has gotten access to the web through an Internet Service Provider (ISP) that assigns an IP address while on the Internet and then that ISP also keeps the logs of that assignment” (Lessig, 54), which could be used to identify and filter web traffic.  Although the open architecture of the internet provides the appearance that it cannot be controlled, cyberspace can be regulated through the same technology which enables it to function.